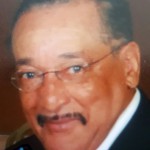 William Henry Smith, Jr., aged 78, of Bartlett, passed away at his home on Friday, February 10.

He  was born on July 10, 1938 in Kansas City Missouri to Elsie Louise & William Henry Smith, Sr. of whom preceded him in death.

William attended and graduated from Manuel Vocational high school. He furthered his education at Ray’s Truck Driving School and afterwards became a professional truck driver for several companies in Chicago. William retired from the Schaumburg township in April 2013.

As a young man, William entered into matrimony with Joanne Walker and from the union they had one daughter Denise Smith.

William joined the United States Navy on July 17 1956 in which he received an honorable discharge on August 1, 1962. William then moved to Chicago in 1964.

He married his second wife Brenda Dungey and from that union they had two children Todd Dwayne and Shawnda Renee Smith. William later met and married Brenadette McGary on April 3 1993.

William is preceded in death by his grandson Dameron.

Visitation will be held Tuesday, February 21 at Second Baptist Church, 1280 Summit St., in Elgin from 9:00 am until time of service at 11:00 am. and will be officiated by Pastor Barry Jones of New Hope Baptist Church. Interment will be following the service at 2:30 pm at Abraham Lincoln National Cemetery, 20953 W. Hoff Rd., Elwood, IL.