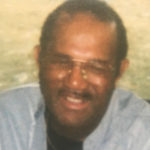 Walter Junior Johnson, age 80 of Elgin, passed away peacefully in his home on Monday, September 25, 2017.  Walter was born in Sallis, Mississippi, on April 16, 1937 to Walter and Beulah (McGee) Johnson.  He married Pearle (Mabry) in 1959 and they moved to Saginaw, Michigan in 1960.  Shortly after the happy couple moved to Elgin, Illinois in 1962, where he began his career as a Machine Operator at Illinois Hydrallic.  He remained working there until he developed a brain tumor in 1994.  After successful removal of the tumor, unfortunately, Walter lost his eye sight, but lived out the rest of his days happily with lots of laughter and continuous love.

Visitation and service will be held at Destined to Reign Church at 375 North Drive, South Elgin on Friday, September 19. Visitation will begin at 10:00 am until time of service at noon. Burial will follow the service at Lakewood Memorial Park, 30W730 US Hwy. 20 in Elgin. Bishop Nolan McCants will be officiating the services. Please call O'Connor-Leetz Funeral Home at 847-741-1400 for more information.