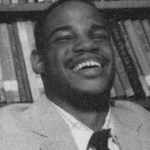 Shawin was raised by Conwell Carrington, and Mary Carrington-Grey, in a household of 9 children. Shawin spent his early years as a student of Easter Seal, and he attended Abbott Middle School. In 1987 Shawin was chosen to represent the United Cerebral Palsy Association of Greater Chicago. He was their Poster Child spoke person. He met with Governor Jim Thompson, Mayoral Harold Washington, Oprah Winfrey, along with ABC 7 Anchors, Mary Ann Childers, Dick Johnson, and Jim Rose.

In the fall of 1987 he attended Elgin High School, and was Elected the Freshman Class President, with his campaign manager Robert Walker, in 1988 he transferred to Illinois Center for Rehabilitation and Education where he graduated in 1991. He attended Spates Temple as a child where he accepted Christ under Pastoral Leadership of Leonard Spates Sr.

He loved his family and made it a point to get the family together for his birthdays. He loved, the Chicago teams, Cubs, Bulls, Bears, except the White Sox. He was excited when he could go swimming. He loved going to the movies, and family functions, and all things Michael Jackson.

Visitation for Shawin will be held at O'Connor-Leetz Funeral Home, 364 Division Street, Elgin on Friday, August 3 from 9:00 am until time of service at 11:00 am. Interment will be private.