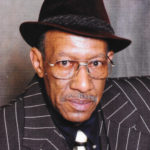 Robert “Rob” Lee Tumbs, Sr.  of Elgin, Illinois made the transition from temporal to eternity on Wednesday, August 30, 2017 at 5:27 p.m. surrounded by his family.

Rob was born on February 20, 1944 in Turrell, Arkansas to Jack and Brooksie Tumbs. As a young adult he moved to Chicago, Illinois where he met and later married his loving wife Barbara Diane Brooks on October 23, 1982. They relocated to Elgin, Illinois in 1983.

Rob was employed as a groundsman for the City of Elgin in the Parks and Recreation Department since 1996.  He enjoyed staying active by working and only retired a few months prior to his passing. Rob was a great listener and a wise mentor. Rob loved to grill and was an avid fan of horseracing.

Rob was a caring man known for his humble disposition and family orientation.

O’Connor-Leetz Funeral Home has been entrusted with all funeral service arrangements. There will be an informal visitation at the funeral home located at 364 Division Street, in Elgin on Friday, September 8 from 9:00 am to 5:00 pm. The funeral service will be held on Saturday, September 9, 2017 at Bethesda Church of God in Christ located at 454 Hickory Place in Elgin, IL at 10:00 a.m. with Pastor Booker T. Hale officiating.  Burial will follow at Bluff City Cemetery.