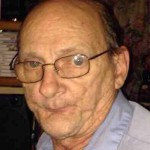 He graduated from St. Mell High school in Chicago in 1970. He was a member of The Knights of Columbus and The Moose Lodge of Carpentersville. He studied auto mechanics at the Universal Technical Institute. He was strong in his Catholic Beliefs  and was a member of St. Monica's Church of Carpentersville. He worked at Exxon/Tredagar chemical for 35 years. He was a hard working and loving Husband and Father.

Robert is preceded in death by his parents and a niece, Renee Cassandra Hertel.

Memorial Service and Mass will be held at St. Monica Roman Catholic Church, 90 J.F. Kennedy Dr. in Carpentersville at 10:00am on Thursday, February 11, 2016 followed by burial at Dundee Township East Cemetery in East Dundee , Routes 72 and 25.  A luncheon will be served in the hall at St. Monica after burial.  All are welcome. The family is respectfully asking for donations toward the funeral costs in lieu of flowers.