Man was a 1987 graduate of Lawrence Central High School in Indianapolis, where he learned a skilled trade of building and construction. Upon graduation he went into the workforce doing construction as well as working in nursing homes as an aid, allowing him to do what he loved best – working with and helping people. He also enjoyed cooking, barbecuing, listening to music, dancing, playing cards, and making friends of anyone he met.

Man gave his life to Christ as an adult and became deeply spiritual as he matured. He would often listen to gospel music, which gave him peace and was proactive about telling people how God had changed his life. This assurance of his salvation may be one of the most treasured legacies that Man leaves behind, along with the fact that he loved others and loved living every bit of his life.

Man leaves to cherish his memory, daughter Victoria Aldridge of Elgin, IL; his loving mom, Ida Mae Bryant of Elgin, Illinois, four sisters; Terry Clark of Elgin, IL, Paulette (Shawn) Caffey of Bolingbrook, IL, Angela Morris, and Lisa (Jerry) Schmidgall, both of Elgin, IL and one brother; Curtis (Kristin) Bryant of Sleepy Hollow, IL. He also leaves a special cousin and close friend, Temika William and her family plus two uncles, two aunts, five nieces, two nephews and a host of great nieces/nephews, cousins, and friends. On his paternal side; his loving father Paul Y. Bryant II and Mama/stepmother, Charlene Bryant of Indianapolis, Indiana; one brother - Carl Sam and four sisters: Jhunlette Kelly, Tyra (Calvin) Whickum, Michelle Milligan, and LaTasha (Curtis II) Mardis, all of Indianapolis, Indiana. From these siblings, Man leaves eighteen nieces and nephews, dozens of great nieces and nephews, and one great-great nephew. He also leaves eight aunts and three uncles (siblings of his father), additional aunts and uncles from his stepmother, and a host of cousins, family, and friends.

Visitation and funeral service will be held at O'Connor-Leetz Funeral Home, 364 Division Street, Elgin, on Friday, December 28, from 10:00 a.m. until noon. Funeral Service will be officiated by Pastor Andrew Johnson. Please call 847-741-1400 for more information. 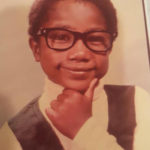