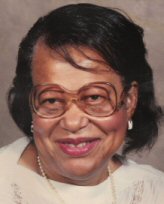 Mary Elizabeth Knight-Stewart, 90, of Rockford, joined the Lord on
Saturday, April 4, 2009 at Tower Hill Healthcare Center. Born on January 16, 1919 in Elizabeth, MS, she was the daughter of Daniel Sr. and Mary Bell (Matthews) Stewart.

She was a former resident of Arkansas and Michigan, and moved to Elgin in 1959 where she has been a member of Second Baptist Church. Mary retired from School District 4-46 Food Services and was a homemaker in her later years. She enjoyed gardening, quilting, watching baseball and fishing.

Mary is preceded in death by her husband of 39 years, Will Stewart, Sr.; son, Will Stewart, Jr.; brother, Daniel Knight, Jr.; sister, Tommie Lee Knight-Brown; and a grandson and great-granddaughter.