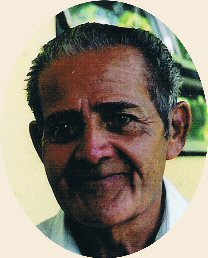 Margaro “Lilo” Rodriguez, 79, of Elgin, died Wednesday, June 6, 2007 at HCR Manor Care Center, Elgin. Born January 7, 1928 in Aguada, Puerto Rico, he was the son of Jose and Marta (Perez) Rodriguez.
Margaro served in the U.S. Army during the Korean War. He was one of the first ten Puerto Rican families that settled in Elgin. He was a loving father, grandfather and great-grandfather. He will be missed dearly.