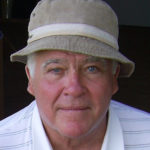 Joseph Robert Dieckman, 78, of Elgin, IL passed away on January 6th surrounded by his family.  He passed away due to complications from cancer.

Joe was born in Litchfield, IL on December 19, 1940.  At the age of seven, he and his family moved to a farm on the westside of Elgin. Joe attended Burlington High and joined the military in 1958.  He was a Ranger in the Army and was honorably discharged in 1961. On returning home from the service, Joe worked in construction before attending Western Illinois where he double majored in mathematics and geology. In 1974, Joe married his soulmate and love of his life Vicki and raised five children in Elgin. Joe was a lover of all things nature and loved a spirited debate with whomever was up for the challenge. He enjoyed writing short stories, composing music and spending time with his grandchildren.

His dynamic personality, his fierce love for his family, and his passion to learn will be dearly missed.

Joe was preceded in death by his parents William and Mary (Drosselmeier) Dieckman, granddaughter Adelynn, two sisters and four brothers.

Funeral arrangements will be private and a celebration of life will be held in the spring.