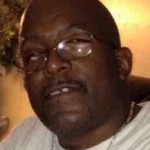 Jerome, or “Jay”, as he was known, died October 6, 2015. Jay was born to Jerome Walker Sr. and Ruschell Dabney, in Chicago, Illinois on July 2, 1960 and was a graduate of Gage Park High School. He held various jobs in the Chicago area and later moved to Elgin, where he became a member of Living Gospel Church of God in Christ, and received Jesus Christ as his Lord and Savior. It was at Living Gospel where he met his future bride, Gina, and became a loving step-father to their children, Delicia and Marcus.

Jay loved his family, so family outings were some of his favorite past times. It was time to be with all of his family members, cook on the grill, which he loved to do, and play his favorite games like dominoes, bid-whist and chess. He also enjoyed music and creating beautiful poetry and other writings which expressed his love for the Lord, his life, and his family.

Jay was preceded in death by his father, Jerome Sr. and his half-sister, Elaine Bohannon. In addition to Gina and his step children, jay is survived by his mother, Ruschell, siblings: Patricia (Carl), Linda, Theresa, and Gregory (Stephanie), grandsons: Omarion and Robert, nephews: Sharay, Elton, Everett II, Aaron, Jermaine, Michael, Mark, and Jordan, nieces: Nicole, Carla, Tamara, Shana, LaNesha, Megan, and Jessica, and a host of other close relatives.

Arrangements are being made by O’Connor-Leetz Funeral Home of Elgin, Illinois. Visitation will be held at Living Gospel Church of God in Christ on Thursday, October 15, 2015 at 9:00 am until time of service at 10:00am, officiated by Pastor Walter H. Blalark. Burial will be immediately after the service at Dundee Township Cemetery in East Dundee, Illinois