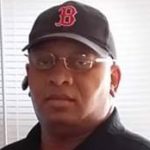 James attended Parkman Elementary School and DuSable High School in Chicago. He later moved to Elgin, IL where he received his certification for billing and coding at the National Healthcare Association. James primary hobby was electronics. James loved his family and will be missed by all.

James is preceded in death by his grandparents; Rocille and Percy Redmond, his parents; Cenora Redmond and James Brown and sister, Raymichelle Redmond.

Visitation will be held at O’Connor-Leetz Funeral Home, 364 Division Street, Elgin on Saturday March 23, from 9:00 a.m. until time of service at 1:00 p.m. with Pastor Harvey L. Richardson, officiating. Burial will be private.