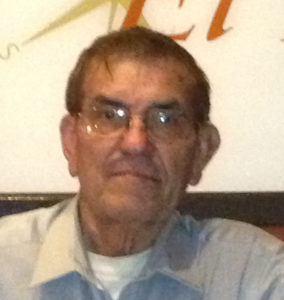 Guadalupe J. Soto, 88, died Saturday, September 14, 2019 at St. Joseph Hospital in Elgin. Guadalupe was born in Mexico on April 18, 1931 to Salud Sosa and Martin Soto. We could always count on our dad to make us laugh. He had an endless supply of jokes and smiles for everyone around him. Although, I do have to add that his jokes were not always funny, sometimes his jokes were his way of telling his kids or grand-kids that they needed to shape up and behave. During his time on this place we call Earth, he was a hardworking man and made his living as a commercial painter. Genuine smiles, countless laughs, and a work ethic sturdier than most of our bank accounts, this is what Grandpa Lupe also lovingly known as "Chico" brought into our lives in abundance and without apology or expectation.  He could take a 10-hour workday in stride and come out the other side with a kind smile and a lively remark. In his spare time, you could find him taking long walks in the park or his favorite hobby,  volunteering at his parish, St. Joseph. It goes without saying, that his faith played a big role in how he lived his life and his desire for harmony in our family. It’s no surprise that while he was hospitalized one of his last requests was for all his kids to always get along. He was preceded by his parents Martin Soto and Salud Sosa, his daughter, Ma. Guadalupe Soto Rubio, and his wife; Teresa Vega de Soto. Survived by his sons; Eduardo Soto and Roberto Soto, his daughters; Maria Urbieta and Teri Sanchez, his grandchildren; Alvaro Rubio, Omar Rubio, Marlene Rubio, Eduardo Soto Jr, Edgar Soto, Daisy Soto, Melissa Soto, Edwin Soto, Adrian Urbieta Jr, Ruby Urbieta, Karly K. Urbieta, Octavio Garcia, Alex Garcia, Kathryn Torres, Denise Soto, Alondra Soto, Roberto Soto Jr, Andrew M. Sanchez and Christopher Sanchez. Visitation will be held at O'Connor-Leetz Funeral Home on Tuesday, September 17, 4:00 pm to 8:00 pm. Funeral Service will be at St. Joseph Catholic Church on Wednesday, Sept.18 at 11:00 am officiated by Father Eliserio Palencia with burial immediately following at Lakewood Memorial Park in Elgin. Please call 847-741-1400 for more information.