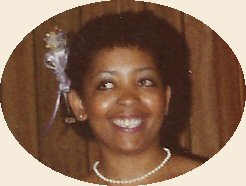 Gloria Jean Williams, 48, of Elgin died Tuesday, July 23, 2008 at Sherman Hospital. Born in Jackson, Tennessee on May 4, 1960, she was the daughter of Ervin Williams and Georgianna (Anderson-Williams) Haynes.

Gloria was a graduate of Larkin High School. She completed Cosmetology School in Elgin and also attended Elgin Community College and obtained a CNA Certificate. She then worked as a private duty nurse for several years and was also employed at Elgin Mental Health Center. Gloria will be remembered as a women who enjoyed life and loved helping and taking care of others. She was devoted to her mother, son, nieces and nephews.

Gloria is preceded in death by her father, Irvin Williams, stepfather and two brothers.

Visitation will be held Sunday, July 27, 2008 from 2:00 P.M. to 4:00 P.M. at O’Connor – Leetz Funeral Home, and Monday from 9:00 A.M. until time of service at 11:00 A.M. at the Second Baptist Church, Elgin with Pastor Nathaniel L. Edmond officiating. Burial will follow at Bluff City Cemetery. O’Connor – Leetz Funeral Home, Elgin is in charge of arrangements. For more information and to leave a condolence please call (847)741-1400.