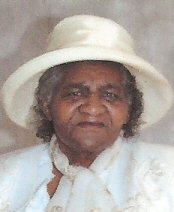 She accepted Christ at an early age. She was a member of Bethesda Church of God in Christ where she was an active member of the Usher Board and Mother’s Board until her illness. Ernestine was also employed at Lee Wards Company for many years.

Visitation will be held on Saturday, July 18, 2009 at Bethesda Church of God in Christ, Elgin from 9:00 AM until time of funeral service at 11:00 AM, pastor James Marks, officiating. Burial will follow at Bluff City Cemetery. O’Connor – Leetz Funeral Home in charge of arrangements. For more information or to leave a condolence, call (847) 741-1400.