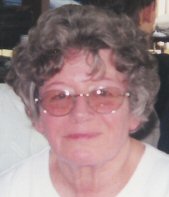 Eleanor Doucet, 79, of Huntley died Thursday, April 9, 2009 at Advocate Good Shepherd Hospital. Born in New Bedford, MA on July 17, 1929, she was the daughter of Anibal and Rose (Mederois) Rezendes.

She worked as a librarian for fifteen years at the Chicago Public Library and also at the Dundee Township Library. She served in the armed forces, after which she married Gerard Doucet and became the proud mother of 2 children, and even prouder grandmother of 2 grandchildren. Eleanor will be missed dearly by many family and friends.

Eleanor is preceded in death by her husband of 45 years, Gerard Doucet; a son, Ronald Doucet; her parents and two brothers.

She is survived by her daughter, Jacqueline Doucet; grandson, Christopher Doucet; granddaughter Caitlin Doucet; two sisters and one brother.