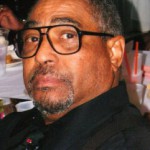 He is preceded in death by his parents, sisters; Ardie M. Griffin and Vera M. Webber and son, Donnell Webber.

Eddie attended Foster Elementary and Crane High Schools in Chicago. He worked for Superior Drug 1959-1966 and the Chicago Transit Authority, 1966-1992. He was also a member of Living Gospel Church of God in Christ in Elgin since 1995.

Visitation will be Saturday, April 2, 2016, at 9:00 am until time of funeral service at 10:00 am at Living Gospel Church of God in Christ in Elgin, with Pastor Walter H. Blalark officiating. Burial will be private.