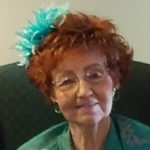 Diane  is survived by her only daughter, Alexis Paige Mapes of Elgin.

Diane’s Home Day Care opened thirty years ago. Five years ago it was incorporated as From Cradle to School, Inc. On August 19th, 2018 we celebrated our thirty year anniversary.

Diane was truly one of a kind with a heart of gold. Everyone loved her. Hearth, home, dogs and children were her passions. She was also a great cook and baker. Her hobbies included  watching vintage movies  on Turner Classic Movies. Hollywood stars of the Golden Era and musical scores from that period were her favorite.

We miss you Mama!