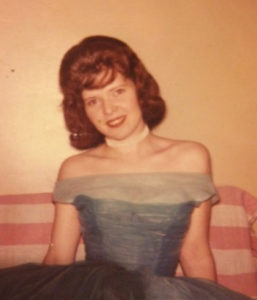 Elgin – Lucille Alice Holder, 75, of Marengo, formerly of Chicago, passed away on Sunday, March 8, 2014 at Centegra hospital in Woodstock.  Lucille was born on March 9, 1938 in Chicago to Lee Roy Lence and Ora Wilkenson.  She is preceded in death by her parents and one sister, Michelle Lence.  Lucille is survived by her only son, Dennis (Ingrid) Townsend.  She is also survived by her five grandchildren; Ashley (Abiel) Lopez, Brooke Townsend, Michael Townsend, Yaquelin Reynoso, and Joanna Reynoso, and her three sisters; Lee Ora, Mary Lou Blasinski, and Susan Wallenius.

In her earlier years, Lucille spent all of her time raising her son, Dennis, ensuring a loving and nurturing home.  She later worked at Motorola for nearly 25 years before retiring.  Lucille enjoyed the many simple things in life including spending time with her grandchildren, crossword puzzles, shopping, and sewing.  She was also an avid wrestling fan.

There will be a visitation for Lucille on Thursday, March 13, 2014 starting at 10:00am at O’connor-Leetz Funeral Home followed by the funeral service at 12:00pm.